‘A rare individual who earned and kept the respect of everyone’

HARRISBURG — The state House has given its final approval to a proposal to change the Pennsylvania Constitution to give those who say they were victims of child sexual abuse a retroactive two-year “window” in which to file civil lawsuits, no matter how long ago the alleged abuse occurred.

PITTSBURGH — Jim Rutherford arrived in Pittsburgh in the summer of 2014 tasked with jumpstarting a star-laden but stalled franchise to life.

Wyoming Seminary has shut down athletics for two weeks and Wyoming Valley West has shut down boys basketball for 10 days because of COVID-19 issues.

Sandy Barbour can’t guarantee anything, of course. The ongoing COVID-19 pandemic remains a threat to upend things at Penn State, just like everywhere else.

NEW YORK — The baseball Hall of Fame won’t have any new players in the class of 2021 after voters decided no one had the merits — on-the-field or off — for enshrinement in Cooperstown on this year’s ballot.

H.S. Football: Schedule changes a possibility for PIAA down the road

The PIAA could be considering changes to its state football playoffs down the road.

Misericordia men’s basketball team opts out of playing this season

Misericordia’s men’s basketball team has decided to opt out of the 2021 season due to the COVID-19 pandemic, even as the school’s women’s team plays this winter.

Noah Feldman: Dominion’s libel case against Giuliani will be hard to prove

Dominion Voting Systems is suing Rudy Giuliani, President Donald Trump’s former lawyer, for libel, citing Giuliani’s false claims that the company was part of a conspiracy to steal the presidential election. The case isn’t a slam dunk, mostly because of First Amendment protections that make it hard to prove libel where public figures are concerned. But the suit is strong enough that Giuliani should hire a good lawyer — which is to say, a better one than Rudy Giuliani.

Our View: As hate surges anew, a day to remember

Their view: A new affliction in the pandemic: Vaccine envy

KINGSTON — Uncertainty has been one of the major trends of the pandemic era, now closing in on a year with no end in sight.

WILKES-BARRE — While it might look like business as usual at some childcare and pre-school facilities, a lot has changed. Operating a childcare center in the age of coronavirus is challenging to say the least.

WILKES-BARRE — City police identified Greg Winslow, 45, of Nanticoke, as the person who defecated on the floor inside Curry Donuts on Public Square on Tuesday.

PITTSTON — City police arrested a man they say climbed a fire escape to a residence searching for “weed” twice this week.

A former youth football and baseball coach was arraigned on charges he sexually assaulted two girls at locations in Edwardsville and Ashley.

PRINGLE — Kingston police arrested a Larksville man after he allegedly went on a drunken rage by strangling a woman and shoving her while holding onto their 1-year-old infant late Monday night.

WILKES-BARRE — City police said criminal charges have been filed against Kiyana Singleton in connection with her igniting clothes on fire during an argument Sunday. 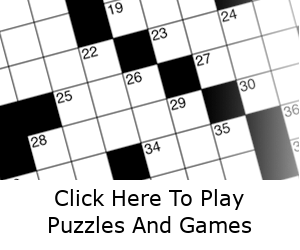 Some Pennsylvania Guard will be in Washington until March