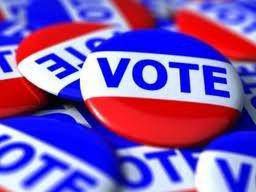 WILKES-BARRE — The Luzerne County Board of Elections on Friday certified the results of the 22nd Senatorial District race won by Democrat Marty Flynn over Republican Chris Chermak.

The Election Board will convene again on Monday, June 7, at 4:30 p.m. to consider the certification of the results of the May 18 Primary Election.

Flynn, 45, had served as state representative in the 113th Legislative District since 2013. Chermak, 57, is a first-term Lackawanna County Commissioner.

The special election was held to fill the last 18 months of former Sen. John Blake’s term.

Flynn has been a Democratic member of the Pennsylvania House of Representatives since 2013.

On May 25, a Luzerne County Council majority voted to ask the county District Attorney’s Office to investigate the May 18 primary election.

Dominion Voting Systems Inc., which supplied and programs the voting devices, said “human error” at the company caused the data entry typographical mistake that put a Democratic header at the top of Republican ballots. The county administration also acknowledged the county did not test the ballots after they were programmed into the machines, relying on the company to do that task.

Council Chairman Tim McGinley also announced he will be scheduling a discussion about the Dominion contract and possible options related to the company at council’s next work session June 8.

Councilman Matthew Vough said he believes council must look at getting rid of Dominion due to its performance in the primary. Several other council members agreed with his assessment.

At Friday’s Election Board meeting, county solicitor Romelda Crocamo said there is no evidence that any votes — Republican or Democrat — were not counted.

Several members of the public called into the virtual meeting to express concerns. Crocamo advised all of them to send her an email with their complaints/concerns and she will look into them

Ronald Knapp, who lost a bid for Luzerne County Council, called the primary election “a debacle,” and he asked the board to do its due diligence before certifying the primary election results. He also suggested a “dry run” be conducted before the November General Election to assure the system is working properly.

Arlene Lange of Hanover Township told the board that when she voted in her precinct in the primary she was No, 54. She said her mother voted immediately after her and was No. 57.

“Why would there be a gap of three?” Lange asked.

Crocamo said she will look into it and get back to her.

County Council Member Stephen Urban of Wilkes-Barre requested a breakdown per ward of votes cast in the primary. He said he wants to see what the “over-under” was for votes cast — compared to the number of voters that visited the polls.

Matt Krone of Freeland, a registered Republican, said he did not feel disenfranchised at all and he thanked the Bureau of Elections for the hard work during the primary.

“Was it perfect no, but over-dramatized, yes,” Krone said.

“I know several people in my ward who were disenfranchised,” said Brian Dwyer. “They were told to leave and come back — many did not — that’s disenfranchised.”

Hillary Palencar, also from Larksville, said she voted at 9 a.m., but was unaware until later that evening that her vote may not have counted. She said she returned to her voting site at 7:45 p.m. to make sure her vote was cast.

The board was going to temporarily adjourn Friday’s meeting and resume on Monday, but Urban questioned the legality of that.

After some debate, Williams proposed adjourning Friday’s meeting and advertising for another meeting for Monday and the board approved that 4-0.

On Thursday, the county Board of Elections released a PDF including the complete breakdown of votes cast in the May primary election, including write-in votes.

The PDF can be found on the county’s website.

Those interested in viewing the meeting can do so by going to https://www.luzernecounty.org/electionsboard.

The PDF released by the county on Thursday night has a complete list of individuals who received write-in votes.