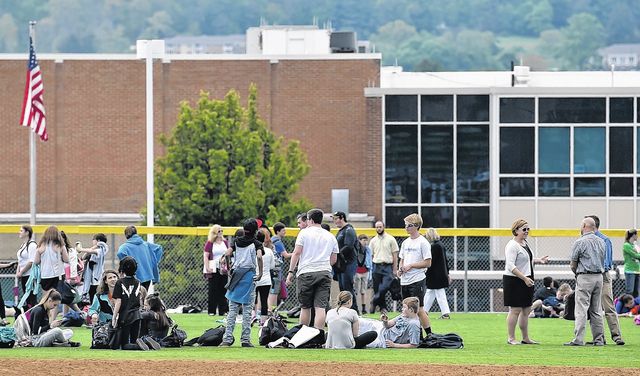 Dallas Elementary School was the first to receive a call from a “computer-generated voice” saying there was a bomb in the building, said Dallas School District Superintendent Thomas Duffy.

Then, the district’s administrative offices, attached to Wycallis Elementary School, received a similar call, he said.

Duffy declined to elaborate further on the content of the messages. The buildings were immediately evacuated, with students leaving personal items behind.

“We left everything,” said a fifth-grade student at Dallas Elementary. “I was in speech class and left my papers on the table.”

Once the elementary students were taken to their evacuation points, the administration decided to dismiss them and issued a call through the district’s phone-notification system at 12:15 p.m., Duffy said.

“All students are accounted for and are being dismissed, starting with elementary students,” the message said.

A second call made to parents about 1 p.m. said elementary students were being dismissed at that time.

The early dismissal created confusion among parents who did not know the nature of the release and were trying to meet buses.

Melody George, a parent of two Dallas Elementary students, headed to the bus stop after receiving the first call, but her children’s bus never arrived.

“It takes them about 10 minutes to get there from the school,” she said.

Nearly 45 minutes later, a second call from the district’s notification system informed her that students were being taken to Gate of Heaven Church and then dismissed.

“It was very scary,” George said. “There was no explanation given; you could not get a hold of them (the school staff). It was frustrating.”

George waited for her daughter’s bus to arrive before driving to Gate of Heaven Church to pick up her son, who was on a field trip.

The superintendent said district IT staff members are working with Frontier Communications to attempt to track the source of the calls. He would not comment on reports that other schools throughout the state received similar bomb threats.

Duffy said school staff attempted to follow bomb threat protocols, but the logistics of escorting over 1,000 elementary students to the middle school and onto their appropriate buses made the process take longer than expected.

The middle and high school students were released as soon as buses returned from elementary school routes. Nearly 2,800 students in total were removed from school grounds.

Despite Monday’s events, Duffy said students would be heading back to school on Tuesday.

“An automated phone call informing parents that school would be open went out to our parents,” said Duffy.

Duffy said all the district’s building had been swept with canines and were clear.

“We put the safety of our students first,” said Duffy.

“We’ll obviously have the support of the township police, the resource officer and additional staff members on hand,” he said. “With a high level of visibility by all our administrators.”

Duffy said teachers would also be available to students to provide assurance and information.

“Our teachers are the ones with whom our students have the most contact,” he said. “And a good rapport.”

Duffy said the matter will now be in the hands of law enforcement, anticipating “a tremendous amount of follow up.”

Looking back on a day that Duffy acknowledged was challenging, he said he believed it was handled with the safety of students as the utmost priority. 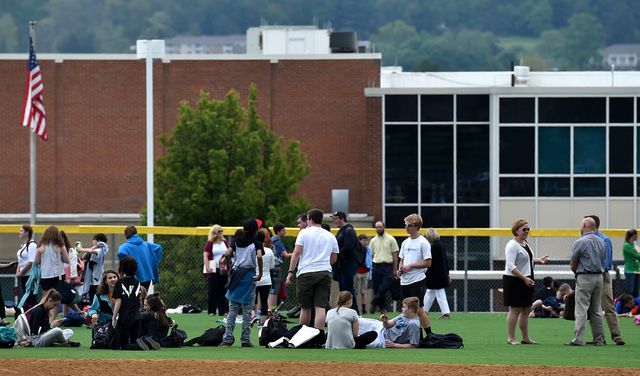