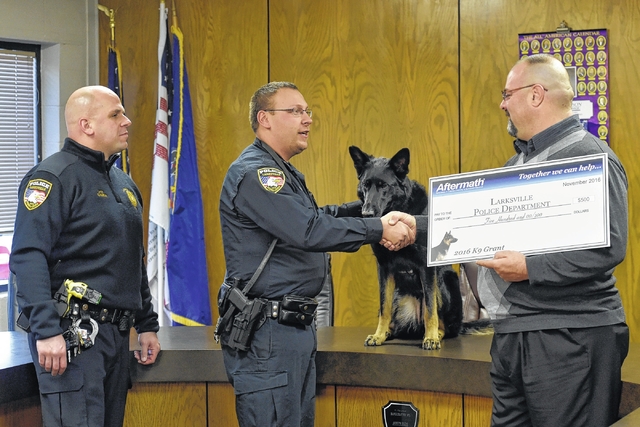 She is trained to detect gunshot residue and illegal narcotics.

She is capable of deterring crime simply by her presence, Larksville police say.

Yet, she has a pleasant disposition that makes her popular with borough residents.

It was that disposition that helped Una win a $500 grant from Aftermath Services, which was awarded on Wednesday.

Early in October people were able to vote online once a day for K9 officers entered in a nationwide contest.

“A lot of K9 dogs have to be muzzled,” Larksville Police Chief John Edwards said. “But Una is able to interact with residents.”

The grant will be used to help pay for some of Una’s basic needs.

Aftermath Senior Manager of Law Enforcement Relations John Tyler said he was impressed with the commitment of area residents to their police department and its K9 officer.

“Other municipalities are huge,” he said. “We estimate that nearly 10 percent of Larksville residents took the time to vote for Una, most more than once.”

The contest was originally crafted to grant only one prize at $ 5,000.

But because of the enthusiastic response for many of the K9 officers, Tyler said five prizes were awarded.

Tyler said Aftermath, a company that does crime scene cleanup, has a commitment to supporting law enforcement.

When the company reached out to law enforcement officials to better understands their needs, they determined that support of K9 officers was a significant concern for many of them, he said.

And although the effort was technically a “contest,” Tyler said he feels all participating departments benefited and supported each other.

Larksville police officer Josh Evans, Una’s handler and partner, said being the resource officer for the Wyoming Valley West High School resulted in many votes being cast by teachers and students.

“We had one teacher who put an email out everyday, reminding other teachers to vote for Una,” he said.

And although the presence of Una at the high school acts as a deterrent to criminal activity, many students simply enjoy having a dog at school, Evans said.

Many of the votes for Una, he said, came from students. 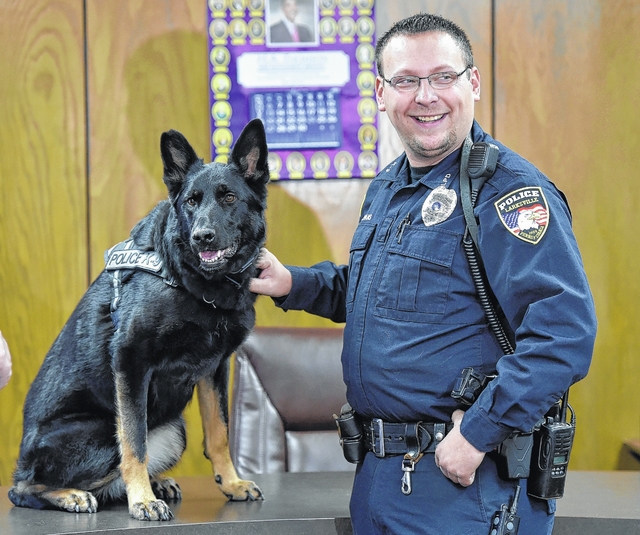