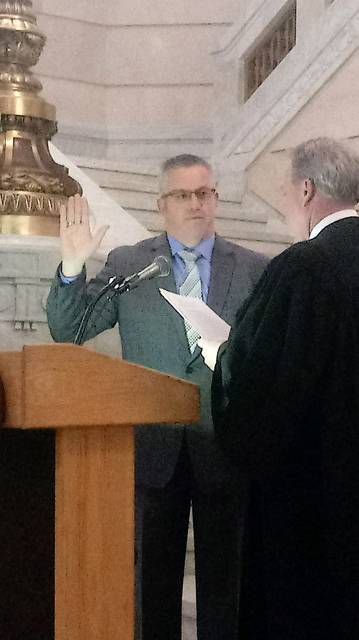 Owned by the Huntington Valley Volunteer Fire Co., the 2.153-acre parcel along Route 239 is in a suburban residence district zone and would have to be converted to a highway business district for the project to proceed.

Township resident Tamsie Oliveri told council she lived in the “beautiful residential area” for more than 40 years and believes a Dollar General would hurt nearby property values, create traffic safety problems and take business away from a neighborhood market that has operated for decades.

Oliveri said she had offered to buy the land to prevent commercial development and provide revenue for the fire department.

Kent Straub said the project would be a “permanent change to our way of life” and complained that many questions and concerns raised by residents have not been addressed. He also said there are too many Dollar Generals.

Marion Hidlay said the traffic, noise and lights will negatively impact the “quiet” neighborhood, and she worries a retention basin would create a stagnant pond attracting mosquitoes.

“Our neighborhood concerns outweigh the benefits,” Hidlay said, adding that she supports the fire company and progress.

James Thomas said a significant amount of water drains onto the site proposed for the store, which would be located next to his farm.

Councilman Patrick Bilbow abstained from voting on the ongoing matter, which had been discussed and tabled in December, because it was his first meeting. The 10 remaining council members voted against the zoning change, with several citing their support for the residents, particularly those who have lived there for many years.

“It’s a quiet and peaceful place, and it needs to remain that way for you people,” said Councilman Stephen A. Urban.

During a swearing-in ceremony before the meeting, Bilbow thanked council members for selecting him to fill the seat vacated by Edward Brominski.

“I look forward to serving and doing the absolute best job I can do for you,” said Bilbow, who works as the Pittston Area Middle School principal.

Council members also expressed support for appointing state Rep. Eddie Day Pashinski (D-Wilkes-Barre) to the aging advisory board but held off to determine if he will seek a state ethics commission advisory opinion determining if it is permissible for him to serve since the agency receives state funding.