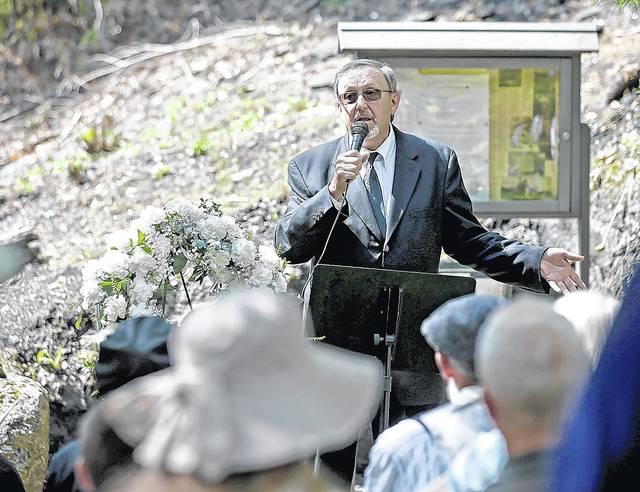 PLYMOUTH — The Plymouth Historical Society was transported back in time to the 19th century on Sunday, as roughly a hundred people gathered on the site of the Avondale Mine Disaster to remember those lost in the tragic fire 150 years ago.

“This is a great rurnout, this is something special,” said Stephen Kondrad, president of the Plymouth Historical Society.

Kondrad’s wife, Mary Beth, served as the hostess of the proceedings. She is descended from a number of victims of the Avondale mine disaster.

Kondrad opened the proceedings with a welcome and his opening remarks before turning the microphone over to Don Shappelle and Don Sennett, who played a stirring rendition of “Amazing Grace,” encouraging the crowd to sing along.

After the song, state Sen. John Yudichak offered some remarks as well.

“I’m a native son of Plymouth, and I was raised in the shadow of Avondale,” Yudichak said.

Georgetta Potoski, the chairwoman of the board for the historical society, spoke next, offering some facts and figures about the men involved in the disaster.

“We are remembering the lives of men who died bravely on our behalf, in the act of working for better lives for their families,” Potosky said.

Kondrad then got back on the mic to offer an overview of the Avondale disaster in vivid detail.

On Sept. 6, 1869, a huge fire erupted in the Avnodale mine shaft, just off of what is now U.S. Route 11 in Plymouth. One hundred and ten miners, mainly adult men but also some sons, were killed in the blaze after being trapped underground and suffocated. At that point, it was the deadliest mine disaster in American history.

The disaster led to many changes and reforms in safety regulations for the coal mining industry. Pennsylvania being the first to put such changes into effect.

After Kondrad’s overview, Shappelle and Sennett performed the “Avondale Ballad,” a song full of rich history and detail about the disater. The song was originally penned by George Korson in the 1940s.

Next up was the tribute ceremony, in which living descendants of those who perished in the Avondale tragedy were asked to come up, read their ancestors’ names aloud and pin a carnation on a ceremonial wreath.

The proceeding was a somber one, as many people dressed in all black and some even shed a tear as the names of the dead were spoken.

When everything was concluded and the benediction was given by James Youells, the ceremony adjourned to the Plymouth Historical Society site on Gaylord Avenue for refreshments. 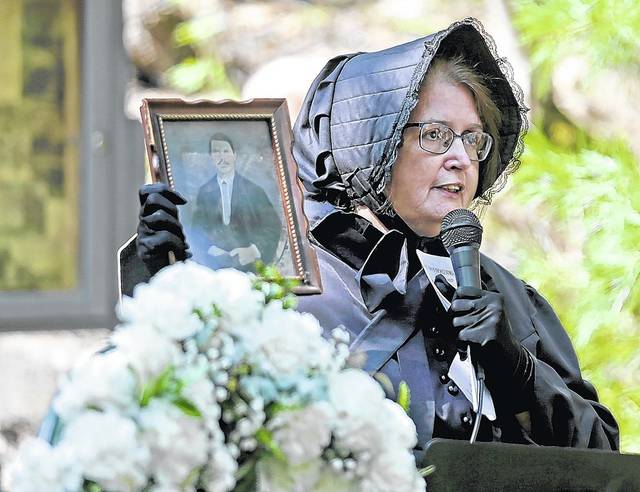 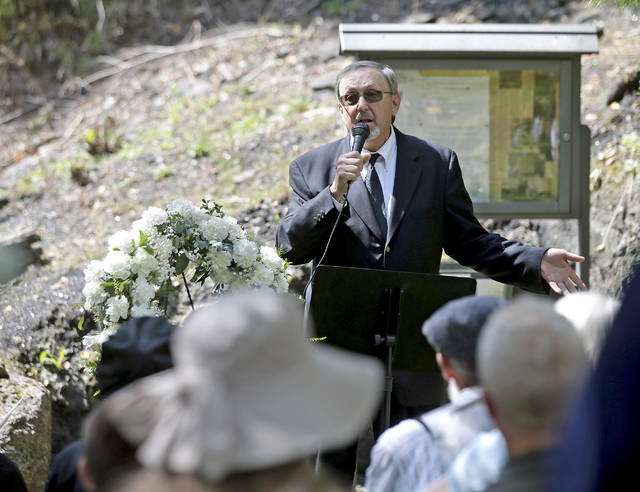 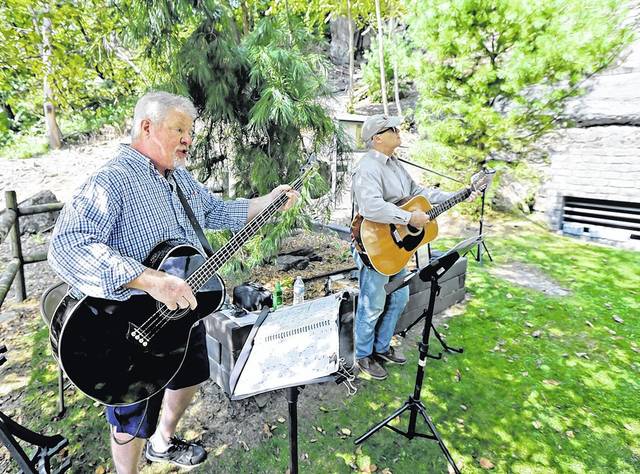 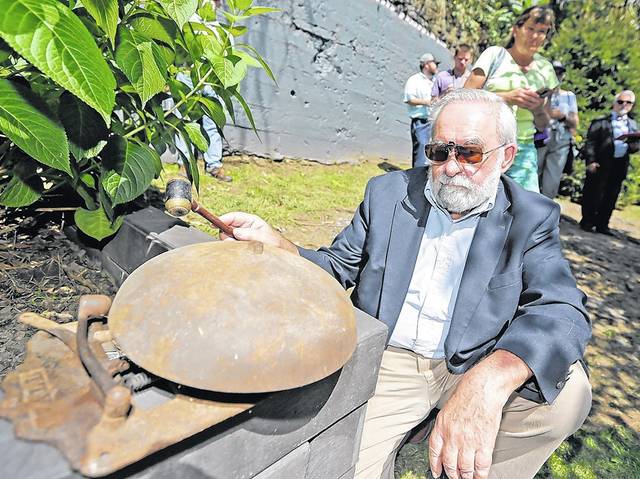 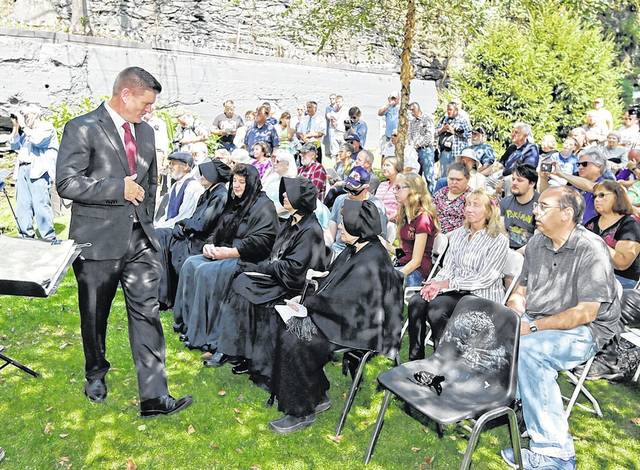 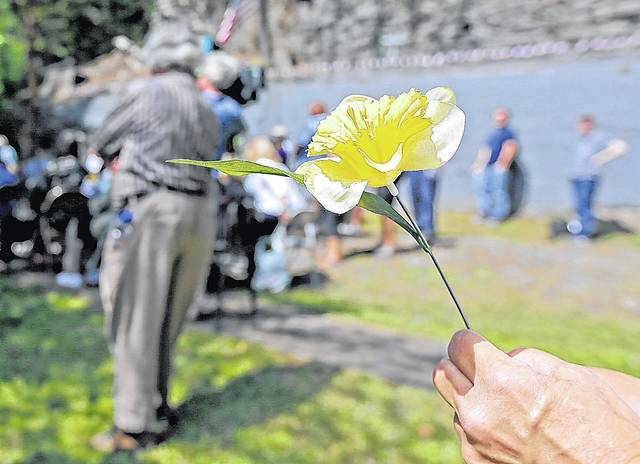 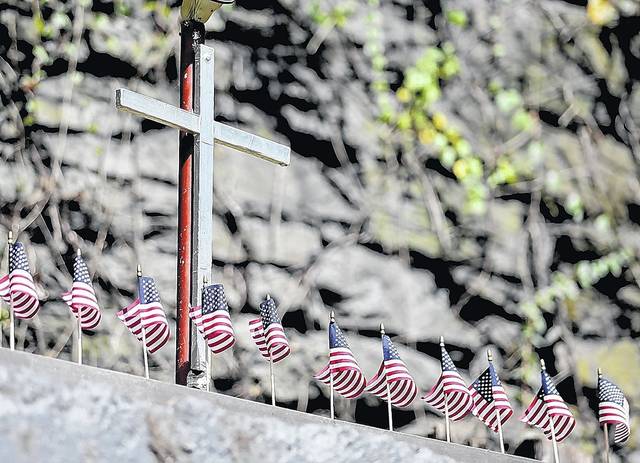