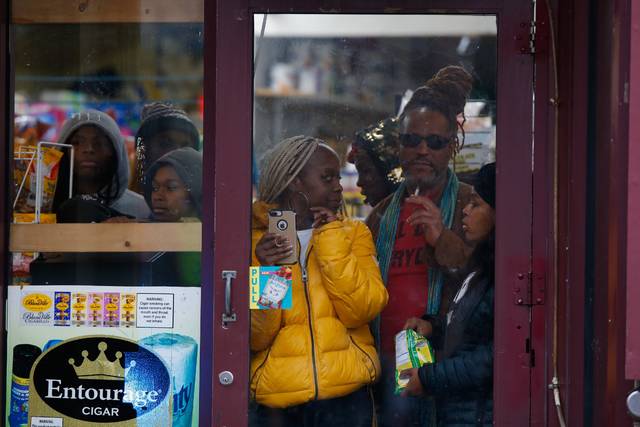 Bystanders look out from a store as law enforcement arrives at the scene following reports of gunfire Tuesday in Jersey City, N.J. - AP photo 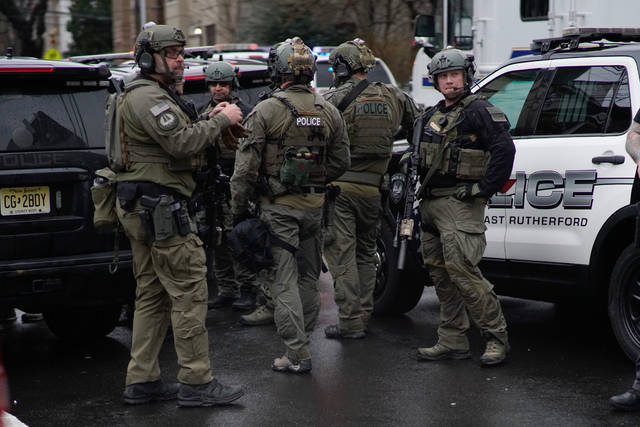 Law enforcement arrives at the scene of a shooting in Jersey City, New Jersey on Tuesday. - AP photo 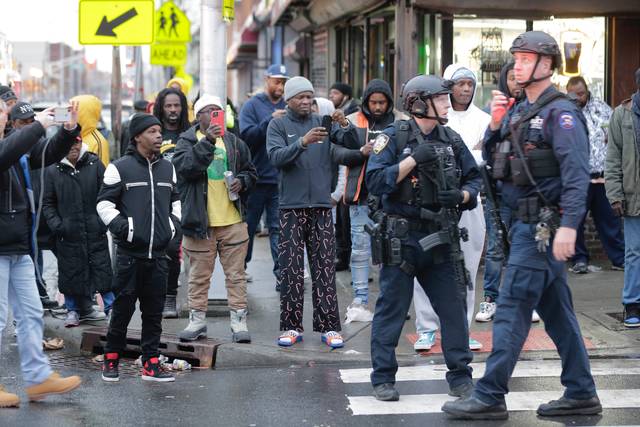 Bystanders look on as law enforcement arrive on the scene following reports of a shooting Tuesday in Jersey City, N.J. - AP photo

JERSEY CITY, N.J. — A police officer and multiple others were killed in a shooting in Jersey City Tuesday that authorities say is not believed to have been a terrorism attack.

One officer was pronounced dead at a hospital and multiple other people were found dead at the scene, Mayor Steven Fulop said without indicating how many were killed.

A second officer was struck in the shoulder by gunfire, and two others were injured by shrapnel, Fulop said.

The nearby Sacred Heart School was put on lockdown, but all staff and students were safe, according to a statement from the Archdiocese of Newark.

Sporadic, heavy gunfire rang out over the course of at least an hour along a major thoroughfare but has quieted down. SWAT teams, state police and federal agents responded to the scene, and police blocked off the area, which, in addition to the school, has some stores, a kosher supermarket and a hair stylist.

“Our thoughts and prayers are with the men and women of the Jersey City Police Department, especially with the officers shot during this standoff, and with the residents and schoolchildren currently under lockdown,” Democratic Gov. Phil Murphy said. “I have every confidence in our law enforcement professionals to ensure the safety of the community and resolve this situation.”

Loud volleys of gunfire could be heard at regular intervals but subsided around 2 p.m. in the city, which is just across the Hudson River from Manhattan and is New Jersey’s second-largest city after Newark. Dozens of bystanders pressed against the police barrier to film the action on cellphones, some whooping when gunfire bursts filled the air.

Andy Patel works at a liquor store about three blocks away from the site of the shooting site and said there had been consistent gunfire fire about an hour Tuesday afternoon.

“I can hear the gunshots. It’s like firecrackers going off. They were shooting like crazy about an hour ago. Then it stopped for like 20 or 30 minutes. The cops were clearing everyone off the streets,” said Patel.

Jersey City Police said they had no information to provide over the phone on the shooting.

The Bureau of Alcohol, Tobacco, Firearms and Explosives said it was responding. The New York Police Department sent emergency services personnel, and the forces counterterrorism unit was monitoring the situation.