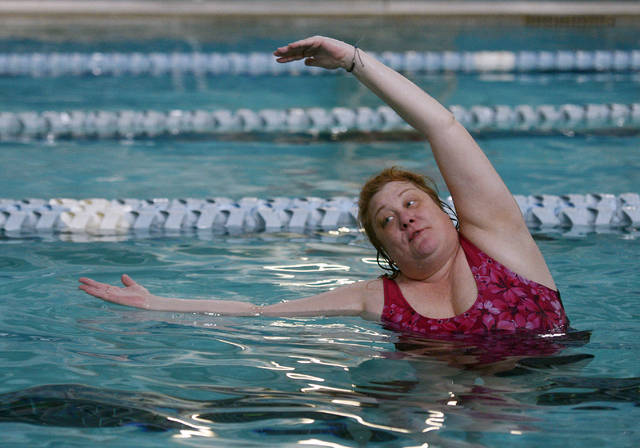 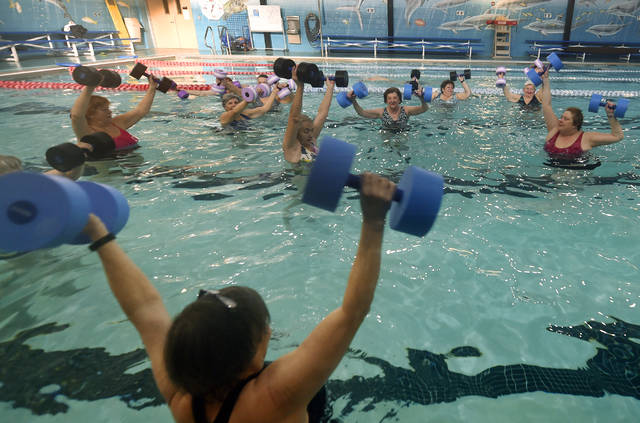 The Arthritis Foundation Aquatics Program at the Wilkes-Barre YMCA is among numerous free exercise programs for older adults offered through the Area Agency on Aging covering Luzerne and Wyoming counties. - Aimee Dilger|Times Leader 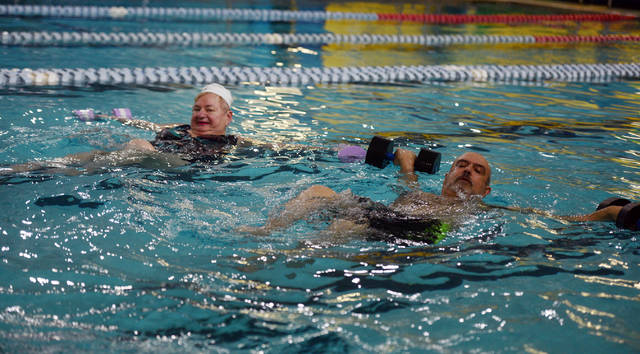 Wilkes-Barre resident Joe Tutella said the Arthritis Foundation Aquatics Program at the Wilkes-Barre YMCA has helped him with weight loss needed to receive surgery for pinched nerves in his back. - Aimee Dilger|Times Leader 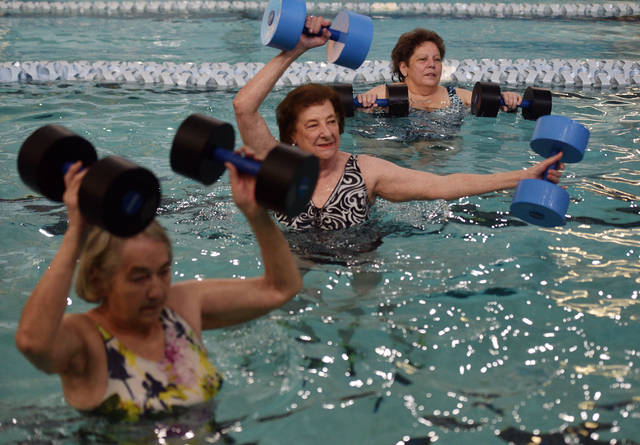 Carol Wolosz, of Edwardsville, in the black suit at center, described the Arthritis Foundation Aquatics Program at the Wilkes-Barre YMCA as “wonderful.” - - Aimee Dilger|Times Leader 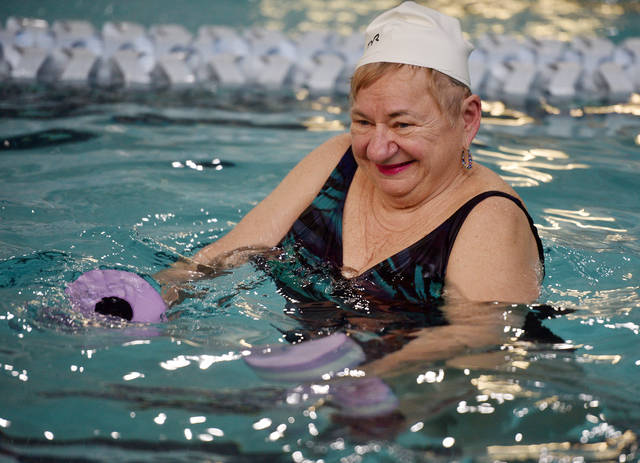 After working out in an aquatics program last week, 88-year-old Dallas resident Ellen Dobinick marveled at the way water exercise has taken away the pain from her Bursitis.

“I don’t hurt. I can move around more,” she said as her daughter, Barbara Milks, nodded in confirmation at the Wilkes Barre YMCA.

As she dried off, Milks, 68, said the program has made them both more fit.

“More people really do need to take advantage of the class,” Milks said.

The bonus: this class and many others are free for those 60 and older because they are funded by the Area Agency on Aging covering Luzerne and Wyoming counties.

No membership is required with the YMCA or active adult centers providing the classes, and residents can drop in and participate in as many as they want without signing up in advance, said Harley Bobby, the Aging Agency’s senior center services director and health and wellness coordinator.

The schedule changes quarterly, and the latest roster of classes through March 2020 is posted under the agency health news tab at www.luzernecounty.org or by contacting Bobby at (570) 822-1158, extension 2303.

In addition to Zumba and yoga classes, the county agency has started offering four programs that are “evidence-based,” or proven through independent research and studies to provide benefits.

The class is designed for people facing limitations from arthritis or injuries, she said.

“The buoyancy from the water allows the body to move with ease, which can be difficult to do on land,” Kinney said.

The exercises incorporate weights and water resistance to built strength and help with mobility of muscles and joints, she said.

Despite frigid weather outside, 12 area residents worked out with her in the pool last week.

They twisted their bodies and held weights in the air to Elvis’ “Blue Suede Shoes” and slowly plunged the weights in and out of the water. Kinney even had them stretching their hands and fingers.

Carol Wolosz, of Edwardsville, said she has been coming three times a week for three years.

“They’re wonderful,” she said of the classes.

Wilkes-Barre resident Joe Tutella started attending the classes the end of November, after he was told he had to lose 20 pounds before he could receive surgery for pinched nerves in his back.

He tried other nonaquatic programs, but the exercises were too painful with his medical condition. Moving in the water is different, he said.

Tutella has his own tangible evidence of results: He lost 10 pounds since he started.

In general, the free health and wellness classes attempt help residents with strength and balance as they age, Bobby said.

“It basically keeps them independent for as long as they can be,” she said.

In the agency’s most recent quarter, 325 residents from both counties took advantage of the evidence-based classes, Bobby said.

While the number continues to grow, Bobby said she is trying to spread the word to attract many more.

“I feel some people don’t realize we have these classes,” she said. “We have outreach, but when I’m out in the community people say they didn’t know about them — and they’re free.”

The county agency provides the classes and a range of other services through a $14.2 million budget covered by state and federal funding streams, according to the 2020 county budget. The agency did not request any funding from the county’s general fund operating budget this year.