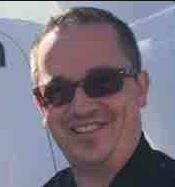 PITTSTON — A city police officer who surrendered last week on felony criminal mischief charges alleging he slashed several tires on at least five vehicles has been terminated from the police force.

“Following a full review by the City Administration of the Aug. 29 incident including your email responses tot he allegations for which you accepted responsibility for the damage to the vehicles it has been determined that your actions constituted a violation of the standards of conduct of a police officer as well as neglect, immorality and conduct unbecoming an officer and that these actions warrant termination from your employment with the Pittston City Police Department,” Moskovitz wrote to Fernandes.

Fernandes allegedly admitted in emails to city officials he was the man in surveillance footage. He was off-duty at the time of the alleged mischief.

In police reports from two officers who were on-duty on Aug. 29 noted Fernandes called them asking for a knife. The two officers met Fernandes and gave him a knife in a parking lot on South Main Street prior to receiving calls about slashed tires, according to court records.

Court records say Fernandes was recorded by surveillance cameras leaving the Knights of Columbus prior to calling the two officers asking for a knife.

Fernandes’ preliminary hearing is scheduled for Nov. 10. He remains free on his own recognizance.

Mayor Michael Lombardo said Friday Fernandes was employed with the city police department for approximately 13 years. The mayor said with Fernandes’ suspension and subsequent termination and a few departures of several officers for other employment has created challenges filling patrol shifts within the police department.

Lombardo said Police Chief Robert Powers has “redistributed” staff and has gone out on patrol.

A civil service examination will be offered to hire more officers, Lombardo said.