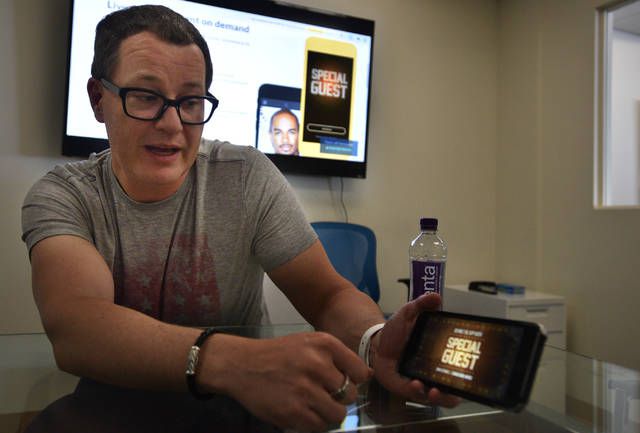 WILKES-BARRE — Kris Jones likes to refer to himself as a “serial entrepreneur,” and this week his latest venture received national acclaim.

Jones, 41, of Jackson Township, recently appeared on “Planet of the Apps” — Apple’s first original programming — and he and his business partner, Damon Wayans Jr., walked away with $1.5 million in venture financing for their joint project, Special Guest App.

Jones sat down in his Wilkes-Barre office Wednesday to talk about the show, his newest venture and his partner, who happens to be the son of actor-comedian Damon Wayans and is famous in his own right. Wayans is also the nephew of Keenen Ivory Wayans, Shawn Wayans, Kim Wayans and Marlon Wayans.

“Planet of the Apps provided Kris and myself with a huge marketing platform and ecosystem to launch Special Guest.,” Wayans Jr. said. “It’s my hope that our appearance on the show, as well as successfully raising $1.5M in venture capital from Lightspeed Ventures propels Special Guest to entrepreneurial success.”

In explaining Special Guest App, Jones said by just a few clicks on your cell phone or computer, it is simple and affordable for anyone, anywhere to hire live entertainment on demand via mobile and Web apps.

Jones gave a demonstration. He opened the app, hit a few buttons and in a minute or two he was ready to pull the trigger on hiring a caricature artist for a birthday party.

Special Guest App has two offices — one in Los Angeles and the other in Wilkes-Barre at 10 East Northampton St., just a short walk from Jones’ other office space on South Main Street.

Jones is founder of Pepperjam, which he sold in 2009, and ReferLocal, APPEK Mobile Apps, French Girls App and LSEO.com. He said his KBJ Capital offers “unparalleled insight and guidance into leveraging the digital world.” Jones said his companies interact and provide needed services for each other.

The show is similar to ABC’s “Shark Tank,” except that it limits its contestants to app developers.

So how did Jones get involved in Special Guest App, and how did he meet Wayans Jr?

Jones said a friend of his, Lauren Rodgers, was an investor with his French Girls app. Rodgers, Jones said, grew up near Wayans Jr. and she asked Jones if she could introduce him to Wayans Jr.

“Lauren arranged a meeting with Damon during which he told me about his idea for the Special Guest app,” Jones said. “I helped him make his dream become a reality. He reached out to me because I’ve had a lot of experience raising capital and buying and selling businesses.”

Jones said his role was to find investors for the idea. When the Planet of the Apps show expressed interest in bringing Jones and Wayans Jr. on, Jones said it seemed like a no-brainer.

“I told Damon that if we were to be successful on the show, we would have the Apple platform to launch this business,” Jones said. “To buy that kind of publicity and marketing would cost millions of dollars. Look, the size of your megaphone is a primary determinate to your success. It all comes down to who is listening.”

In explaining the Special Guest app, Jones gave an example.

“Would it make more sense to stand out in the street to wave for a cab, or just go to your phone, call up the app and hire one?” he asked.

And then Jones spoke about the market for people that could use the app.

“There are 41 million kids 12 and under in the U.S. who would like to have a Spiderman impersonator at their birthday party,” Jones said.

Jones said he loves having his headquarters in Wilkes-Barre. He said the region has all that is needed to be a successful entrepreneur.

“We have the talent, the office space, the proximity to major markets, an international airport and much more,” he said.

• French Girls — commissions digital paintings by real artists from your iPhone. Founded in 2014 by Jones, Adam Ceresko and Andrew Herman, French Girls is the world’s largest social network for artists and makes it simple and affordable for anyone, anywhere to get drawn by talented artists. Artists make money by getting commissioned by users, who are then able to buy commissioned prints and canvases all within a mobile app.

• Pepperjam — was founded in 1999 by Jones. For nearly 10 year, Jones led Pepperjam as its CEO to become one of the nation’s most celebrated Internet marketing agencies and affiliate networks. Top clients included the NFL, eBay, Toys R Us, Tory Burch and Rocawear.

Jones sold Pepperjam to eBay Enterprise (formerly GSI Commerce) in 2009. In 2016 Pepperjam, was divested from eBay (as part of the PayPal and Enterprises spinoff) and acquired by Permira Funds and Banneker Partners.

Most recently Pepperjam has grown to one of the premier performance marketing organizations on the planet with over $1B annually in sales. 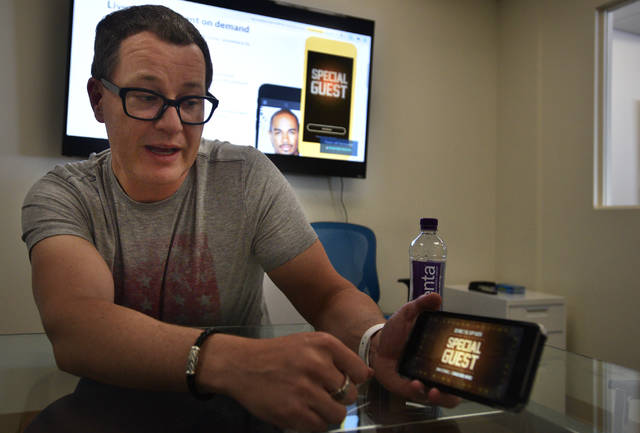