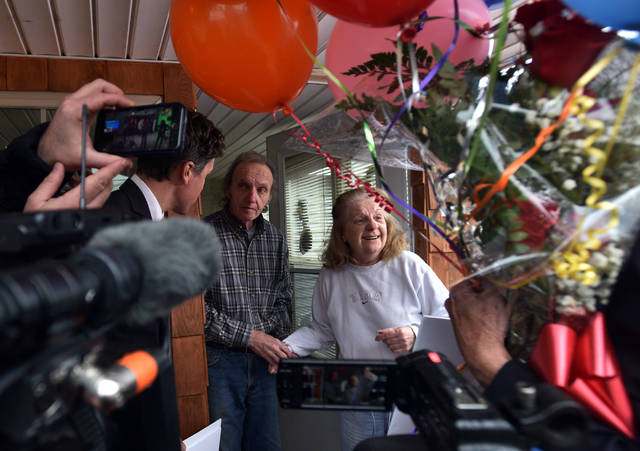 WILKES-BARRE TWP. — It is said that a person’s life can change in an instant, and that certainly was the case Friday for Jo-Ann Snyder of Metcalf Street.

Until about 2:30 p.m. Friday, life was normal for Jo-Ann and her husband, Michael, both 72. Then a knock came on their front door.

In a split second, Jo-Ann Snyder was a millionaire — her life had changed forever.

After gathering at McCarthy Flowers, 308 Kidder St. in the city’s East End, the Prize Patrol from Publishers Clearing House headed out in a caravan with local media following.

“Oh my God, is this real?” she asked as Dave Sayer, a 36-year member of the PCH Prize Patrol, stood holding three checks. “Do I have to move? I like it here.”

As Snyder trembled on her doorstep, Sayer and Howie Guja of the Prize Patrol explained what she had won, represented in three large pre-fabricated checks with large, very real numbers.

The most impressive presentation, however, was an actual check, payable to Jo-Ann Snyder for $1,000,000.

“How many zeroes do you see there Jo-Ann,” Guja asked. “There are a lot — this is a real check for one million dollars.”

Sayer said the check is drawn from Wells Fargo and will take a couple of days to clear.

“But you can go shopping tonight,” he said.

“Those kids will be able to go to college,” she said, with tears in her eyes.

Snyder said she has been entering the Publishers Clearing House sweepstakes for years. She said she has watched on television as the Prize Patrol surprised past winners.

“I never expected them to knock on my door,” Snyder said.

Snyder said she and Michael have lived in their Metcalf Street home for 19 years. They will celebrate their 27th anniversary later this year.

Asked what she intends to do with the money, Jo-Ann said she hasn’t had time to even think about it, but travel would be one option.

“Yeah, Route 66,” Michael said, holding a dozen roses and balloons that came with the checks. Jo-Ann said she is allergic to roses. “We’ve always wanted to drive the entire length of Route 66. I know exactly where it begins in Chicago.”

Jo-Ann, who graduated from Marymount High School, is retired. She worked 40 years for an optical company. Michael is semi-retired, still holding a part-time job. Jo-Ann said she entered the sweepstakes via mail.

Before the small crowd dispersed from Snyder’s home, she asked, “Why couldn’t you have called me ahead of time? I would have been able to set my hair.”

Snyder called her son, Dennis, who was driving home from work, to give him the good news. She couldn’t reach her other son, David.

Publishers Clearing House is renowned for awarding more than $364 million in prizes to people all over America.

Winners have no idea the Prize Patrol is coming. 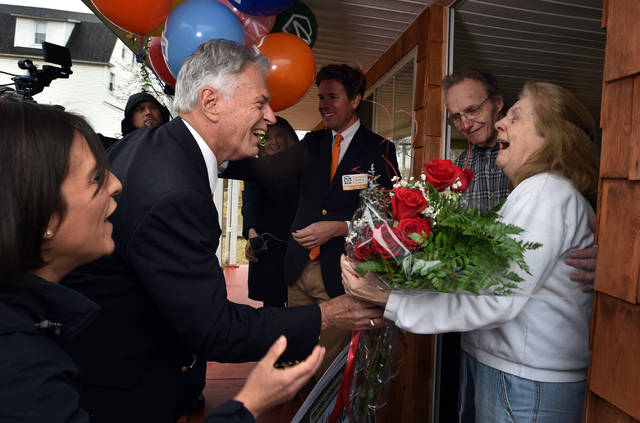 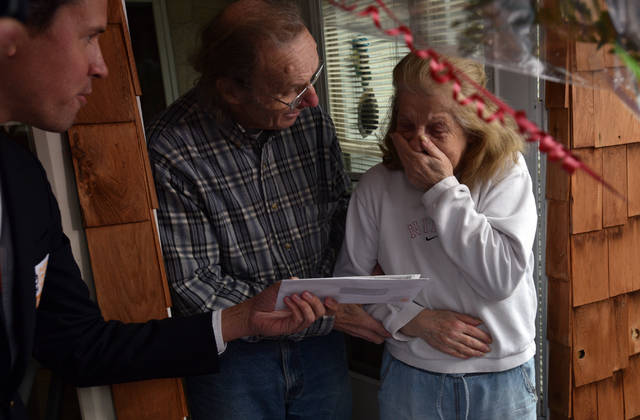 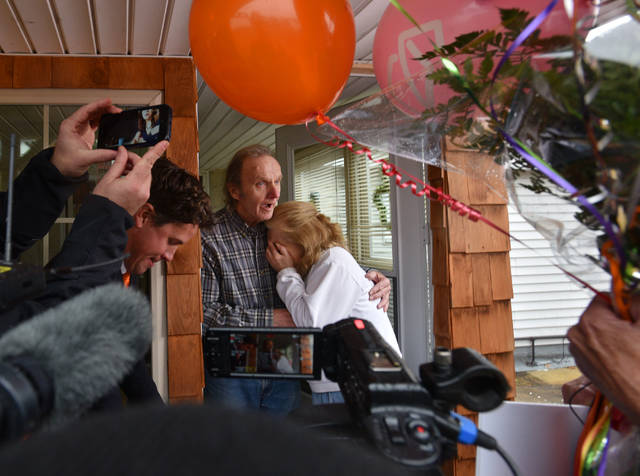 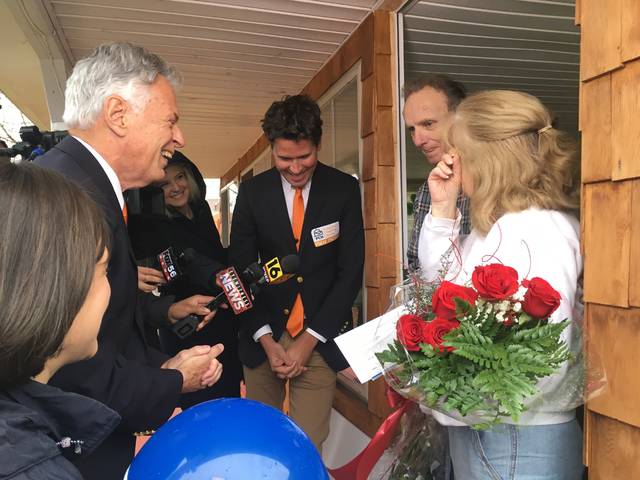 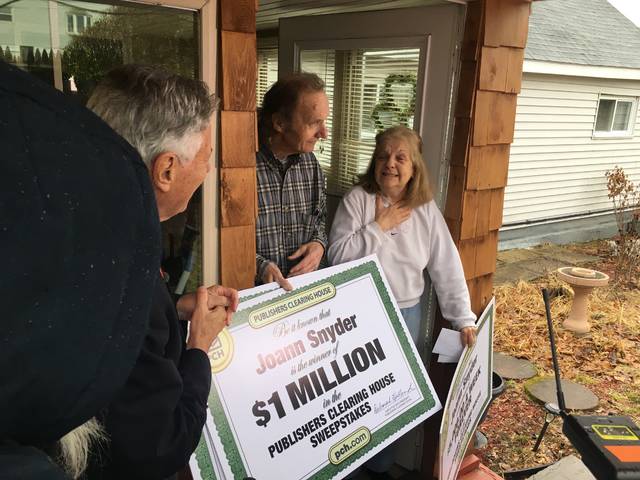 Could more Hall of Fame shutouts be on the horizon?