A former Penn State football player claims coach James Franklin retaliated against him after he reported a violent hazing incident in a federal lawsuit filed Tuesday.

Isaiah Humphries, who was recruited by Penn State but eventually left the program, is suing Franklin and ex-teammate Damion Barber.

All-America linebacker Michah Parsons is also mentioned as a participant in the suit, along with NFL-bound defensive end Yetur Gross-Matos and linebacker Jesse Luketa. However, these players are not named as defendants.

Among Humphries claims in the suit are that Barber, Parsons, Gross-Matos and Luketa would wrestle under classmen to the ground and while holding them there “place his genitals on the face of the lower classman” and place “their penises between the cheeks of the buttocks of lower classmen, such as the plaintiff, while naked in the locker-room shower. “

The players also allegedly made reference to former coach Jerry Sandusky, who is serving a lengthy jail sentence for sexually abusing boys involved in his charity.

The suit, which was filed by Humphries through his attorneys Steven F. Marino and Joseph Auddino of the Philadelphia-based law firm Marino Associates, states Humphries joined the team after being awarded a full athletic scholarship to the university in late 2017, beginning at the school for the 2018-19 academic year.

Penn State issued a statement Tuesday saying its Office of Sexual Misconduct Prevention and Response and the Office of Student Conduct investigated, and that Penn State police turned over results of its own investigation to Centre County District Attorney Bernie F. Cantorna.

“The DA reviewed the case and decided that no charges would be pursued,” the school said. “No claims of hazing were substantiated against anyone.”

Beginning in January 2018, the suit says, Humphries was made victim to rounds of hazing which he says were “orchestrated” by Barber, Parsons, Gross-Matos and Luketa.

The suit says the hazing rituals included the aforementioned “organizers” saying they would make the lower classmen “their (expletive) because this is a prison.”

The suit goes on to say the defendant and the participants explicitly threatened sexual abuse, allegedly saying, “I am going to Sandusky you.”

The participants allegedly forced contact on the lower classmen, including Humphries.

The participants also allegedly placed their penises between the buttocks cheeks of lower classmen and on their faces.

The suit says this behavior is a clear violation of both laws prohibiting hazing and Penn State’s own anti-hazing policy.

However, Humphries says when the alleged behavior was reported by his father, former Penn State and NFL player Leonard Humphries, to Franklin and other staff members, he was retaliated against and no other action was taken.

In regards to the allegations against Franklin, Penn State responded, “Based on extensive interviews, we did not learn of any information that would substantiate the claims.”

Barber did serve a one-game suspension for what Franklin called a “violation of team rules,” missing the 2019 opener against Idaho. Asked to clarify further on Tuesday in light of the lawsuit, Penn State responded, “The discipline of individual students is generally a confidential matter consistent with federal law.”

Humphries claims he was forced to participate in drills that were designed for him to fail. That failure, in turn, was used as an excuse to keep him from playing.

He also claims he was denied medication from the coaching staff he needed to treat anxiety and narcolepsy.

Additionally, Luketa allegedly threatened to have Humphries gunned down should he ever visit Luketa’s Canadian hometown.

Humphries is seeking an unspecified amount in damages in his suit.

Current Penn State players took to social media to respond to the allegations.

“I hope y’all don’t believe that nonsense,” defensive tackle Fred Hansard wrote. “This is a real brotherhood over here! We would never do anything to jeopardize our future. The only thing we are focused on is winning this National Championship next year. Lil dude I just want you to know that KARMA is real my friend!”

“I don’t speak out often, but not going to sit here quietly while (Penn State football) is falsely being dragged through the mud by someone who quit on the program…” safety Garrett Taylor wrote.

Humphries, who grew up in Texas, also played safety for Penn State, though he did not appear in any games while redshirting during the 2018 season. He ultimately transferred to Cal, announcing his departure in November 2018.

“After many months of prayer and thought, I will be leaving Penn State,” Humphries wrote. “I’m so thankful for the coaches and the staff for allowing me to come here all the way from Texas. I have made many friends here that I will dearly miss and it’s going to be hard to leave them here.

“But in order to grow and not lose the passion that I have for football and for everything that I value. I unfortunate(ly) will be transferring from this place. I appreciate everything that has been given to me and the relationships that I have made along the way. Good luck to the Nittany Lions on their bowl (game).”

The Associated Press contributed to this report. 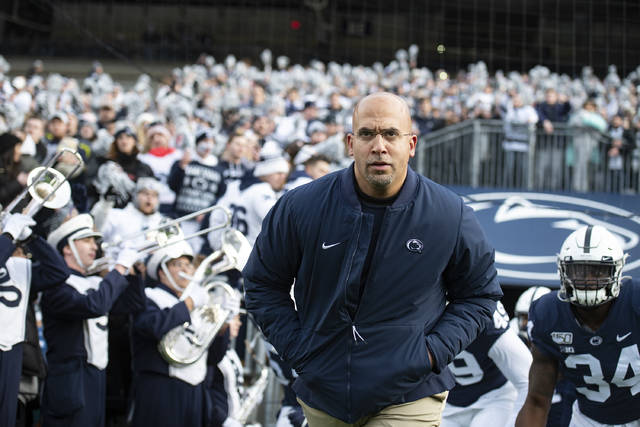 Impeachment Document: Replication of The United States House of Representatives to the Answer of President Donald J. Trump to the Articles of Impeachment