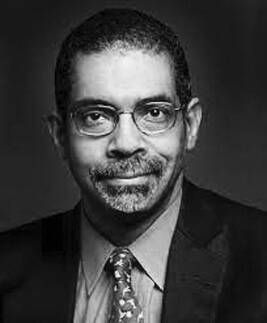 Whether the Democratic Party’s burgeoning opposition to charter schools will lead to electoral trouble is an open question, but this much seems clear: As time passes and evidence piles up, the party’s position seems not only cruel but also absurd.

The latest reason? Charter school attendance turns out to aid a cherished liberal goal: high voter turnout. That’s the conclusion of a new paper by the economists Sarah Cohodes and James J. Feigenbaum. Girls (not boys) who attend charter schools are significantly more likely to vote in the first election after they turn 18. The voting rate of parents also jumps after their children are admitted.

By any measure, this should count as an unalloyed (and unexpected) benefit of charter schools. Still, Democratic opposition to them remains unbudgeable.

Charter schools were once considered the sensible compromise between those who favored giving poor parents money to purchase private education for their children and those who opposed any government-funded alternative to public schools. As recently as the presidency of Barack Obama, Democrats strongly supported them. But during Donald Trump’s years in the White House, when charter expansion became a key Republican priority, Democratic support cratered.

Well, no. Not exactly. What actually happened was that support among white Democratic voters collapsed, falling to 26%. At the same time, among Black and Hispanic Democratic voters, strong majorities support charters. The progressive wing of the party has largely abandoned the once-crucial compromise, and spent the summer fighting to reduce federal funding for charters.

Yet years of research confirm the relative success on most measures of the better-designed charters: Compared to those who aren’t admitted, attendees tend to score higher on standardized tests, are more likely to finish school, and have a better chance of attending college. Recent work indicates that the social skills of attendees improve as well. They’re less likely than their peers to commit crimes, use drugs or get pregnant while in school. All of these are excellent reasons, for anyone who purports to care about those the nation leaves behind, to support charter schools.

This latest study reinforces many of these findings, but the most important findings involve the franchise. Previous work had found charter school students more likely to vote, but those results were from schools that picked their students and emphasized civic duty in the curriculum. The paper, which examines six elections between 2008 and 2018, finds that voting is more likely even when the school picks its students by lottery.

The study, released last month, finds no effect on registration. Students from charters and from other public schools sign up at similar rates. But turnout is another matter. So long as they register, the study says, students at charters are 17% more likely to vote.

Strikingly, this effect is driven entirely by female students. The most interesting explanation is that girls who attend charters are more likely than boys to improve their non-cognitive skills. In particular, girls but not boys show improved attendance rates and a higher likelihood of taking the SAT. The results suggest that voting behavior is driven not simply by education but by the attainment of non-cognitive skills as part of that education; and that at least for some students, charters improve those skills.(1)

All of these are excellent reasons to increase support for charters, particularly given that recent work shows that the best of them can replicate their success. And even if it’s true that the presence of charter schools slightly increases racial segregation, as some evidence suggests, the effect vanishes in large metropolitan areas.(2)

And here’s a point not to be forgotten: Putting aside the veritable mountain of measurables, a significant number of parents choose charters for what they believe will be an improved atmosphere. Fewer gangs, for instance; less drug use; even just better behavior overall. Well-to-do parents take for granted their ability to choose for themselves what sort of atmosphere their children will thrive in. Charters at least offer parents who are less well off a faint echo of the choices that those of higher income can afford.

So, to review: Charters improve student academic performance and non-cognitive skills. Black and Hispanic Democrats strongly favor them. And charter attendance increases voter turnout. Add it all up, and progressives are running out of sensible reasons to oppose charter schools.

(1) Other subgroups — for example, those receiving subsidized lunches and those “receiving special education” — were also more likely to vote.

(2) Another progressive fear is that the curricula of many charter schools might be taking a decidedly conservative turn. This doesn’t distress me, I’ve long been of the view that public schools exist to aid parents in the raising and education of children. Democracy thrives on diversity of opinion. That I might not choose to send my children to a particular school is no argument against the school.

This column does not necessarily reflect the opinion of the editorial board or Bloomberg LP and its owners.

Stephen L. Carter is a Bloomberg Opinion columnist. He is a professor of law at Yale University and was a clerk to U.S. Supreme Court Justice Thurgood Marshall. His novels include “The Emperor of Ocean Park,” and his latest nonfiction book is “Invisible: The Forgotten Story of the Black Woman Lawyer Who Took Down America’s Most Powerful Mobster.”