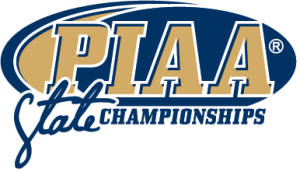 LEWISBURG — Margaret Walting had put years into swimming when she found her best event.

The Holy Redeemer junior finished tied for fourth in Class 2A in the 100-yard breaststroke Thursday to lead all Wyoming Valley Conference individual swimmers on the second day of the Pennsylvania Interscholastic Athletic Association Swimming Championships.

With the 2A competition complete at Bucknell University, the Class 3A meet is set to be held Friday and Saturday.

Walting made it through morning qualifying third best with a time of 1:03.85, then improved her time to 1:03.67 in the final while earning a medal in the event for the second straight year.

“It took me a little while. Coming into my freshman year at Holy Redeemer, I didn’t really consider myself a breaststroker,” said Walting, who finished 11th in the state in the event at the end of the season. “One day my coach said, ‘Hey, why don’t you do some breaststroke.’

“I started doing it a little more and suddenly I fell in love with a stroke that I didn’t really think I liked.”

Walting had tried the event as a younger age group swimmer, then moved away from it until high school.

Along with a sixth in the 200 individual medley and an eighth-place finish as a member of the 200 medley relay team Wednesday, Walting left Bucknell with three more medals.

Skylar Roerig earned three medals Thursday alone while helping Wyoming Seminary climb from tied for ninth at the midway point up to sixth in the final team standings.

It proved to be a hectic day for the sophomore, but the decision to stick with her best events, rather than switch to something else to spread out her competitions, paid off. She first had to get through morning qualifying in each event.

“It was very hard because there was not a lot of break,” Roerig said. “ … I knew there were not going to be a lot of breaks, especially at finals, even at states in general.”

Holy Redeemer and Dallas joined Wyoming Seminary in the top 20 in the state in the team standings.

Missy Leonard led Dallas, taking seventh in the 500 freestyle along with anchoring the 400 freestyle relay that also scored points.

District 2 champion Scranton Prep finished fourth with the help of big contributions from Peyton McNulty, a senior from Pittston Township.

McNulty anchored two second-place relay teams Wednesday and the seventh-place 400 relay Thursday. She won the consolation final of the 100 backstroke to place ninth with a time of 58.24 seconds.

The near misses continued for the Dallas boys.

The Mountaineers had two 17th-place and one 18th-place finish Thursday. The top 16 in each event earned points.

Shane Szczecinski scored all of the points for the Mountaineers Wednesday when he placed ninth in the 200 freestyle, one position short of a medal.

The WVC did not have any boys reach the top 16 Thursday.