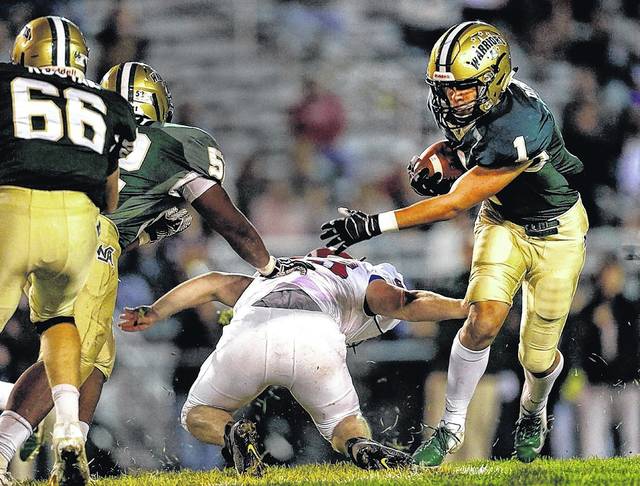 Here’s a look back how Wyoming Area advanced to Saturday’s PIAA Class 3A championship game against Central Valley.

Kickoff is at noon at Hersheypark Stadium.

The Warriors open a 49-0 halftime lead against visiting Mid Valley and cruise from there. Brian Williams scores via run, pass and punt return in the first half. Jake Williams returns an interception for a score and quarterback Dominic DeLuca scores on two runs.

Mid Valley’s only touchdowns come in the fourth quarter against Wyoming Area’s backups.

Safety Dominic DeLuca and linebacker FJ Braccini pick off passes, with DeLuca returning his interception for a touchdown. The defense finishes with five turnovers and three sacks and holds the Cavaliers to minus-1 yard rushing on 23 attempts.

Northwest tries a clock-eating strategy and holds the ball the entire first quarter and into the second, leading to their only points on a 33-yard field goal. The Rangers, though, can’t sustain the game plan and Wyoming Area seizes control.

Running back Corey Mruk runs six times for 104 yards and three TDs. Mruk looks headed for another 1,000-yard season, but is lost for the year with a knee injury.

Linebacker Dillon Williams returns an interception 79 yards for a score.

The Trojans are no match for the visiting Warriors. Wyoming Area gets 118 rushing yards and two TDs from Darren Rodney, Corey Mruk’s replacement. Dominic DeLuca starts the scoring with touchdown passes to Brian Williams and tight end Caleb Graham.

Wyoming Area gets burned for a couple long TD passes and trails 24-14 at halftime. It’s the first time the Warriors trail all season and the first time an opponent scores on the starting defense.

The teams play for the first time in 24 years and host Dunmore ties the score 14-14 at 9:14 of the fourth quarter.

But Dominic DeLuca returns the ensuing kickoff 79 yards for a touchdown, follows with a 46-yard touchdown run and sets up the Warriors’ final touchdown with a 48-yard interception return.

Scheduled to play winless Holy Redeemer, Wyoming Area accepts a challenge from perennial state power Southern Columbia to switch opponents. The game nearly gets nixed as some officials from the Heartland Conference, of which Southern is a member, are against the Tigers changing their schedule for a third time to play a tougher opponent. The Heartland Conference relents and the game goes on.

Wyoming Area holds its own, keeping Southern out of the end zone with a goal-line stand, and trails 14-0 with under four minutes left until halftime. But Southern’s Gaige Garcia turns a short pass into a 49-yard TD 3:28 until halftime and the Tigers punch in a score in the first minute of the third quarter to take control.

The Warriors post their second shutout of the season, limiting Hanover Area to 65 total yards.

Brian Williams returns a punt for a touchdown for the second time this season. Tight end Derek Ambrosino grabs a 31-yard touchdown pass with nine seconds left until halftime as Wyoming Area takes a commanding 42-0 lead into the locker room.

Wyoming Area mauls its cross-river rival by stalling Pittston Area’s solid passing game. The Patriots finish with 128 yards and only 66 through the air.

The game features the Warriors’ longest scoring play of the season — a 96-yard pass from Dominic DeLuca to Derek Ambrosino late in the first quarter.

With the top seed in the D2-3A playoffs, Wyoming Area gets the week off and waits for its semifinal opponent — either Lakeland or Lake-Lehman — to be determined.

After giving up a season-high 241 passing yards in the first meeting, Wyoming Area shuts down Lehman’s aerial attack in a D2-3A semifinal game. The Black Knights throw for 158 yards, but are forced to short passes to reach the mark. The Warriors also record six sacks.

Lehman cuts the deficit to 21-6 at 4:16 in the second quarter only to have Dominic DeLuca return the ensuing kickoff 82 yards for a touchdown. Darren Rodney rushes for a career-high 154 yards and scores twice.

The Warriors end Prep’s four-year reign as D2-4A champion by shutting out the Cavaliers for the second time this season.

Wyoming Area leads 7-0 when Dominic DeLuca bolts for a 50-yard touchdown with less than a second left in the second quarter on a play designed to run out the clock. He finishes with 154 rushing yards.

Wyoming Area is minus running back Darren Rodney, who is ruled out due to an injury suffered a week earlier. Leo Haros takes over the spot, but he and Dominic DeLuca can’t generate a strong running game against District 4 champ Montoursville, which holds a 21-13 halftime lead.

Wyoming Area, though, takes to the air and DeLuca throws for a career-high 310 yards. He hits Brian Williams with TD passes of 72 and 29 yards in the second half as Wyoming Area ties the school record of 12 victories in a season set by the 1980 team.

District 11 champion Tamaqua enters the state semifinal with its all-time leading passer, rusher and receiver. None are able to do much. Tamaqua quarterback Brayden Knoblauch gets harassed by constant pressure from defensive ends Derek Ambrosino and Caleb Graham. Defensive tackle Sam Solomon causes havoc inside.

The Blue Raiders throw a season-high 49 times, but are picked off five times. Jake Williams nabs three interceptions, while Brian Williams and DeLuca get one apiece. Darren Rodney returns to the lineup and runs for 133 yards and a touchdown on 23 carries. 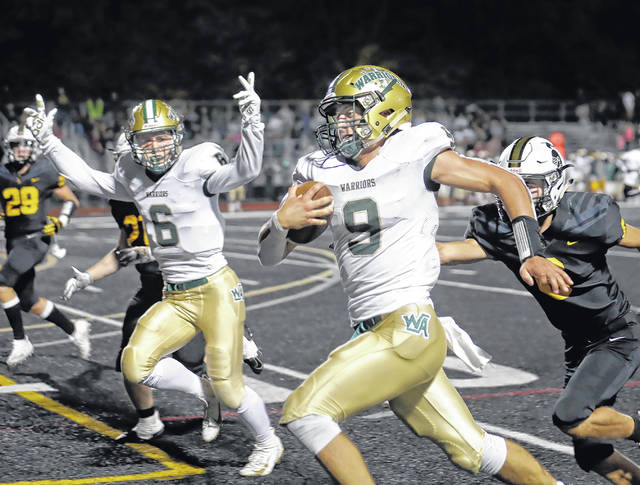 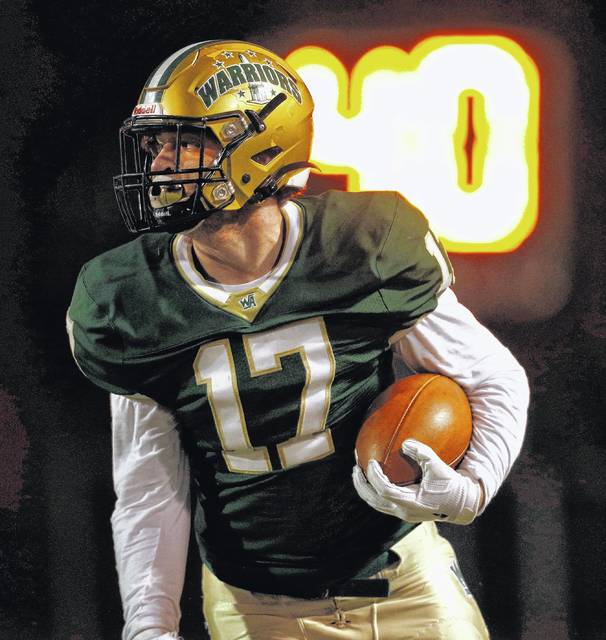